Artist and Multiple Sclerosis advocate Lydiaemily Archibald was born in Chicago in 1971. She had a globe-trotting childhood, infused with her family’s values of activism. This foundation informed her worldview, and her art trumpets her call to the world for social justice and equality.

A prolific and dynamic international artist, Lydia Emily’s work has been featured at gallery shows in Milan, Berlin, Los Angeles, New York, Miami, Washington DC, and San Francisco. Red Bull selected her to exhibit works at Scope Gallery for Art Basel. Her portrait of Julian Assange was featured in the documentary “We Sell Secrets: The Story of Wikileaks.” Gucci commissioned a mural honoring sex trafficking victim Jessica on a wall in LA’s Skid Row. The mural has remained on the wall, untouched by tags or other artists for years, which is virtually unheard of in the street art community.

Lydia Emily battled cancer in 2010, only to be diagnosed with Multiple Sclerosis in 2012. She later became a spokesperson for the MS Society sharing the story of her diagnosis and struggle with MS and her message of hope for others suffering from the disease. LydiaEmily also shares this message in her art, creating four bright, inspiring murals in Los Angeles, CA; Houston, TX; Portland, OR; and Louisville, KY. She plans to continue painting the hopeful murals for M.S. chapters around the globe.

Lydia Emily is the subject of the documentary The Art of Rebellion, a feature length film from Bluprint Films directed by Libby Spears, and other short documentaries.

LydiaEmily Archibald lives in Los Angeles with her husband and two children. 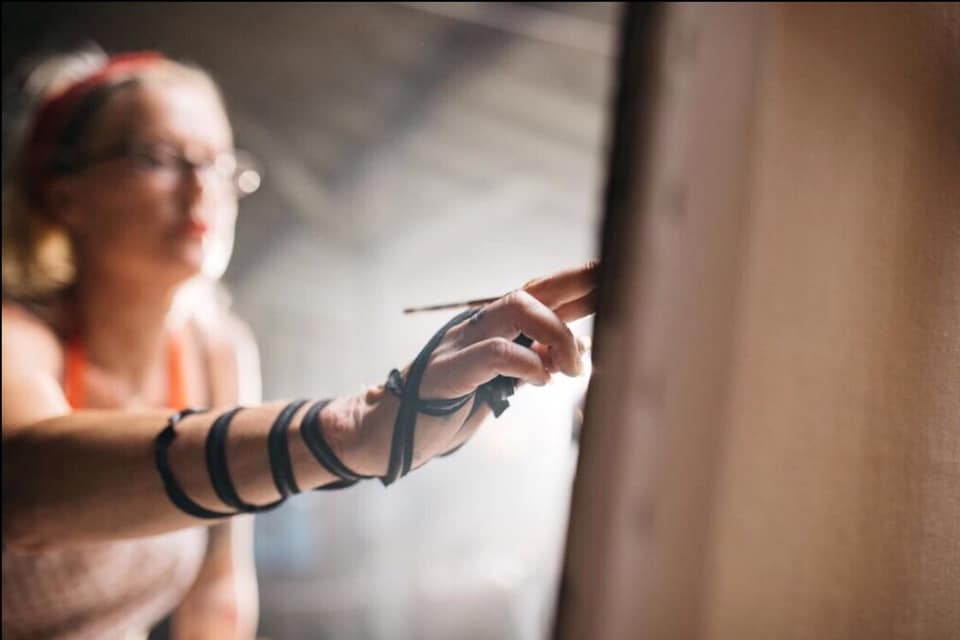